Coffee Down Under: How Australia is the Secret Coffee Capital of the World 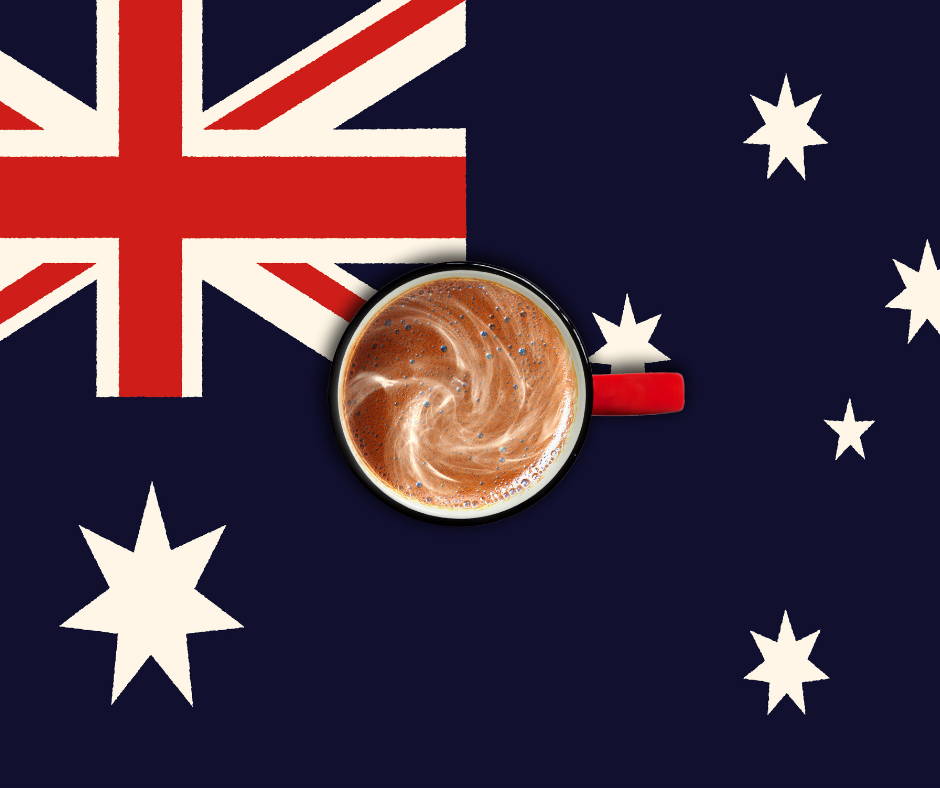 America is famous for its addiction to Starbucks and faithful morning brew drinkers, but there’s another country whose affinity for coffee is growing stronger by the day. Despite arriving a little late to the coffee culture party Australia is now consuming and creating more coffee than ever before. In fact, three in four Australians enjoy at least one cup of coffee per day — that’s a solid 75% of the population who are dedicated to their daily brew.

Australia is now being dubbed the secret coffee capital of the world and we’re about to tell you why...

Where did the Australian coffee boom begin?

While the discovery of coffee dates back to 16th century Ethiopia, Australia’s love affair with the beverage only blew up in the years following the second world war. As a result of displacement in Europe, thousands of people from Italy and Greece began a new life in Australia, taking their enthusiasm for great coffee with them. By the early 1960s, coffee lounges were cropping up all over Sydney, encouraging a more fashionable and focused trend of consumption.

Ever since then, the Australian penchant for coffee has gone through the roof, establishing their very own unique coffee culture in recent years. For Australians, quality and flavor is everything. Whether they’re enjoying a sweet drip coffee or a classic French roast, the coffee connoisseurs are perfectionists when it comes to taste.

It’s obvious that both quality and uniqueness are important to the Aussies. Could this explain why they’re actively passing on Starbucks for their own independent establishments? In 2008, the popular American chain closed over 70% of their Australian stores, suggesting the country has been happily sourcing their morning cup of coffee elsewhere.

Of course, everyone loves an indie coffee shop. They’re full of personality, packed with the glorious smells of freshly ground beans and bubbling with the sound of conversation. 95% of the cafes in Australia are independently owned, which strongly suggests they’re a big reason behind the popularity of coffee down under. People are looking to their own for the goods, supporting local businesses and new suppliers who wouldn’t get a look in at the bigger chains in town.

Like most coffee-consuming countries, Australia is also aware that the best brews are found in the most unlikely of places. Incredible blends with classic and contemporary flavors are always best sourced from an independent vendor, especially if it's the taste you’re after and not the sugar-dense syrups you’ll find elsewhere.

For many, coffee is simply a must-have for that caffeinated kick we’re all in need of in the morning. For Australians, drinking coffee is much more than that.

Invented in Australia, the flat white has grown in popularity over the years, beloved around the world for its ability to pack a punch when it comes to flavor. They’re smooth, strong and aromatic — three of the things people love most about coffee.

Ordering in Australia is a well-thought out process rather than a rushed trip to get a caffeine fix. Drinking it is a ritual for Australians, so it’s important that the coffee is always well-made and of the highest quality.

Generally speaking, blends used by Aussies are smoother, lighter and sweeter than those enjoyed in the US. And while the taste of coffee is purely personal preference, it’s understandable that the rest of the world is looking to Australia to inspire a new and improved culture for coffee lovers.

There’s an abundance of Australian coffee types to enjoy, which explains why the culture of enjoying the beverage is so ingrained in society down under. Whether it’s a hazelnut coffee, a cinnamon-infused latte or a classic long black, Aussies have an instinct for finding and drinking only the best.

It’s clear that Australia’s affinity for good coffee is only getting stronger - and it’s no wonder why. With a passion for new flavors, freshly ground blends and independent establishments, Australia’s coffee community deserves its title as the reigning brew capital, even if it is a secret.

If you’re a self-proclaimed coffee enthusiast and want to explore rich, single origin blends or uniquely-flavored coffee, visit our website!